Many thanks (at least 500) to our subscribers for joining our YouTube viewer audience. I’m happy to hear that you’re all enjoying the content and learning about these historic and vintage games! 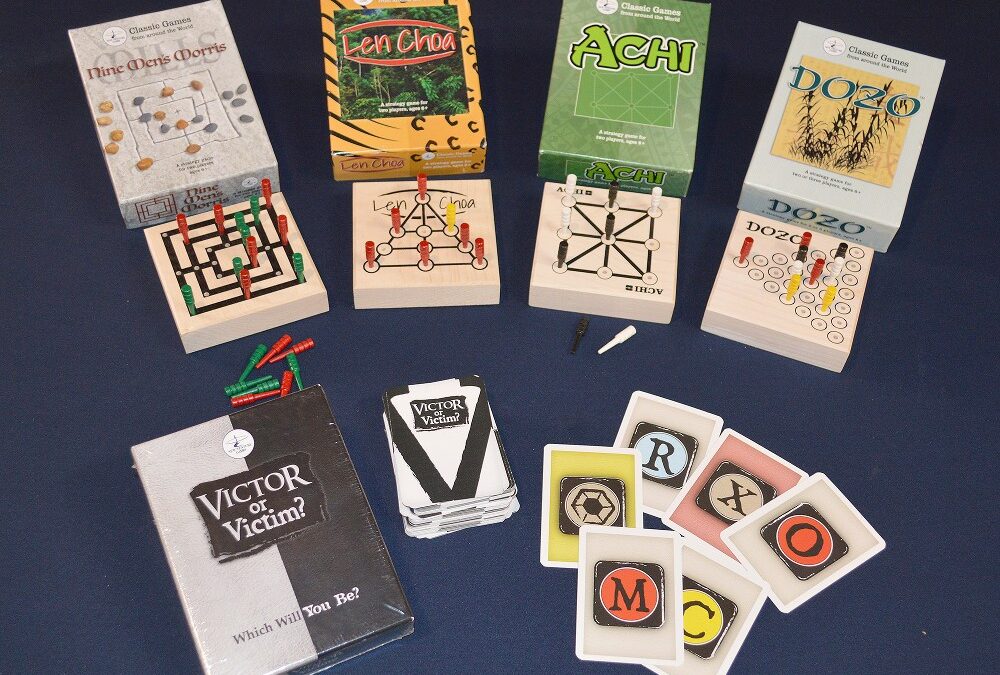 Parents: Do you already feel like surrendering the screen time battle this summer? Don’t give up yet! At NewVenture Games, we hand craft experiences the family can share without staring at a screen. Games for poolside, for a picnic table, and even play-and-pass while you’re on the road.

Here are five games everyone in the family can learn fast, carry anywhere, and play on the go. There’s plenty of time left to make this a summer to remember.

1. Achi is a traditional game from North Africa that takes the idea of tic-tac-toe to a whole new level. It’s simple and fast, and one of our most popular Peg Pastime games!
2. Dozo is a great choice if you’re looking for a 2- or 3-player experience. This game from Japan is about making triangles out of colored pegs, but anyone can use any color peg. You must watch carefully for ways to make triangles large or small to win.
3. Len Choa is a two-player strategy game that comes from Southeast Asia. It’s a challenging contest between tigers and leopards competing to see which can become king of the jungle. The triangular board looks simple, but each of the big cats has their own strategy.
4. Nine Men’s Morris is one of the oldest and most popular games in the world, dating back thousands of years. Two players are attempting to place pegs that form rows of three, and each time they do, they can remove an opponent’s peg. It’s a classic!
5. Victor or Victim? is a fast and fun card game for 3 to 5 players that can be played on any small tabletop (or a large one!). Play and pass cards to spell Victor in a single color to win, or force your opponents to spell Victim and they lose.