Games for your Hallowe’en Party? 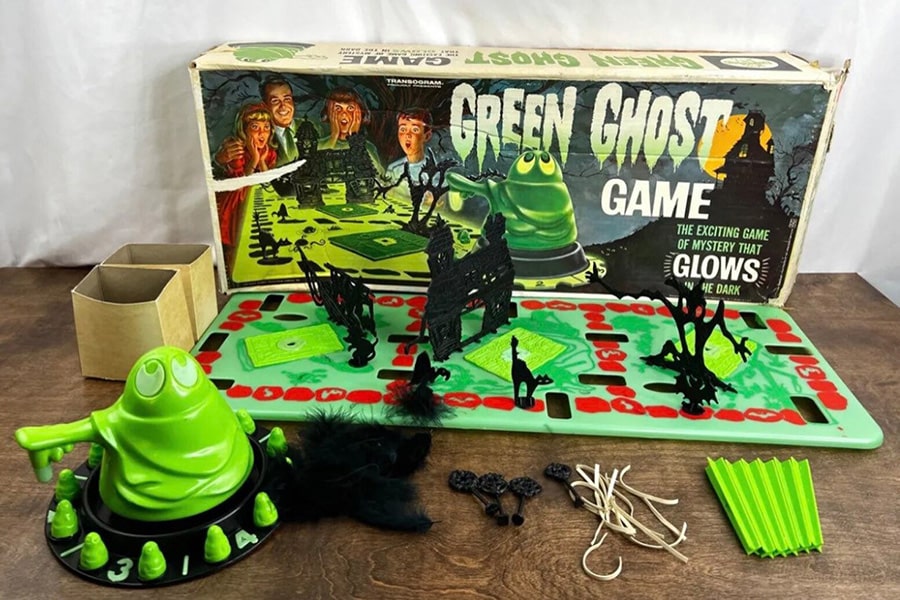 Someone asked me, “What games would you recommend for a Hallowe’en party?”

My first question was “What KIND of Hallowe’en party?” Would it be a sit-down affair with room for a table-top game (or several)? A large gathering with room for dexterity or group games? A rambunctious fun time with families? A loud crowded kegger with silly costumes?

(These are fundamental questions for any themed gathering, of course.)

With the atmosphere of the party determined, I can begin to sift through my mental and physical collection to see if I can make a recommendation. But for Hallowe’en… hmmm. What do I have that would be thematic? I’m not into the horror genre, and how “scary” can a board game be anyway? I have a copy of “Nightmare on Elm Street” (a terrible game, barely playable).

“Which Witch” and “Goosebumps” and “13 Dead End Drive” and that glow-in-the-dark ghost game…these can be fun with the right crowd (usually under 10 years old). More modern monster-themed games include “Horrified” (classic movie monsters), a bevy of Cthulu-themed games and expansions, plus hundreds of games involving fantasy-style monsters.

Into the Hallowe’en Spirit

For some gatherings the “Werewolf”-style hidden role games are fun, but unless guests are into it, it can fall flat very easily. If there’s an enticing door prize for the winner(s), such social games can better maintain their momentum with a non-gamer crowd. Table-top hidden role games like “Dracula’s Feast” are great and very thematic, and there’s “Salem” and other witch-themed games of that type. They take a certain amount of concentration. Will that fit your party?

Zombies, of course, are everywhere in the game stores. Everything from “Zombie Dice” (a quick push-your-luck dice game like “Farkel”) to “Zombicide” or “Dead of Winter.” The more complex Zombie games border on role-playing and are hard to play in a party atmosphere. But again, it depends on the party.

Traditional dexterity games like Jenga, Bandu, cornhole, beer pong, washer toss, or even carroms can be holiday themed and take very little mental effort to make fun with friends. These are the defaults that everyone is familiar with, and often my final recommendation.